The Labour History Society SA and the Graham F Smith Peace Foundation invite you to a conversation about truth-telling as called for in the Uluru Statement from the Heart at this event with author Dean Ashenden, author of Telling Tennant’s Story with special guests.

Dean Ashenden is an academic, political adviser, journalist and author. Returning after fifty years to the frontier town where he lived as a boy, Dean finds Tennant Creek transformed, but its silence about the past is still mostly intact. Provoked by a half-hidden account, he sets out to understand how the story of ‘relations between two racial groups within a single field of life has been told and not told, in this town and across the nation.

Telling Tennant’s Story: The Strange Career of the Great Australian Silence is published by Black Inc. Copies will be on sale at the venue – also now available from major booksellers.

Special thanks to Tandanya for hosting this special event. 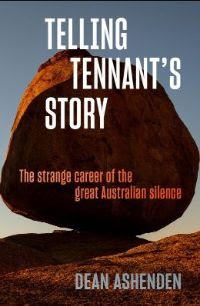