Reckless Eye Productions for the documentary BEYOND SORRY (in production) about Aboriginal and settler descendants coming together to confront legacies of violence from Australia’s pastoral frontier.

This is an extremely important piece of work that broaches cross-cultural legacies of the past and lies at the heart of the Peace Foundation’s values and aspirations, reflecting our strong commitment to reconciliation and justice for first Australians.

In the spirit of the Uluru Statement from the Heart, we are honoured to support this significant film. Recommended for viewing see the trailer here.

The Parallel Effect (formerly Gateway to the Upsidedown), a unique immersive, large-scale installation project – a nexus of art, science and technology.

The production was conceived and developed as part of Australia’s 2020 Next Wave arts festival, but cancelled due to the COVID-19 restrictions, so curator, designer and producer Daz Chandler found a unique way to bring elements of the work to an even greater audience through the virtual Vigil for the Smooth Handfish. 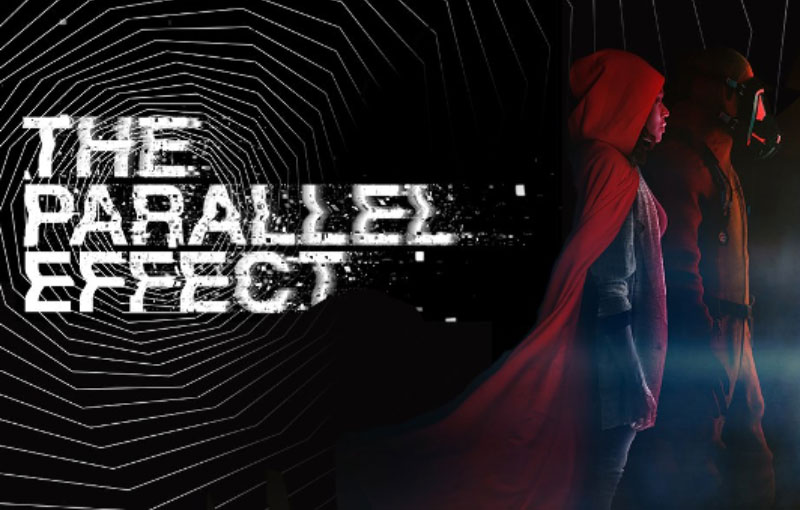 Can Art Stop a Bullet: William Kelly’s Big Picture – F-reel Productions
This documentary film is about the artist and peace activist William Kelly OAM, produced by Fiona Cochrane and directed by Mark Street for F-reel Productions. This important film uses Kelly’s monumental Peace or War/The Big Picture (1.6m X12.6m) as its central theme, and links it to other international peace makers and artists who share his passion for peace, arts and activism.

The Human Rights Arts and Film Festival (HRAFF) – for the 2018 Festival
HRAFF is a not-for-profit arts organisation that explores diverse and inspiring human stories through the mediums of film, art, music and forums. HRAFF inspires and engages audiences with social justice and human rights issues via an annual festival and year-round through the CineSeeds program, online networks and partners.

Conversations, what do you take with you when you can carry nothing? A work-in-progress by Various People Inc., this project centres on an immersive music theatre work exploring what it is to be displaced from our homes. Various People Inc. is recognised for the excellence of its artistic work and for addressing social issues through innovative artistic projects. They have created work for the Adelaide Festival of Arts and the Come Out, Cabaret and Adelaide Fringe Festivals. Read more about Various People Inc …

Tree of Life: Gift of Peace  – a peace sculpture gifted from Yalata to Nagasaki – a collaboration between Steve Harrison representing the Yalata Anangu Community and Nuclear Futures Creative Producer, Paul Brown. In recognition of atomic survivor communities worldwide, this Indigenous gift was the first Australian sculpture contribution to the internationally renowned Nagasaki Peace Park. Yalata (in the far west of South Australia) is a community affected by British-led atomic testing in Australia.

The Barngarla Stories of Resilience project – Nexus Arts and the Barngarla Community – ran from August to December 2014 and involved the Barngarla people from Port Augusta, in particular the Dare family. The project culminated with the public exhibition One Love, One Family at the Port Augusta Cultural Centre, showcasing the artworks created during the innovative project that used the processes of narrative therapy and art making for individual and community healing.

Cracken Fling – Hiromi Tango and Carclew – Artist Hiromi Tango guided the development of new artwork inside Carclew’s Pom Pom Centre at Davoren Park. Hiromi worked closely with children, families and carers from Davoren Park to create the magical installation. The artwork explored all the impossible and possible things that happen in nature. Cracken Fling grew throughout the space over the course of two weeks, creating a wonderland that children continue to work in and be inspired from.

Cutaway – a ceremony – presented by Vitalstatistix – the final work produced as part of a three year program celebrating and paying homage to Vitalstatistix’s heritage-listed home, formerly the Waterside Workers Hall. The Hall was central to unionism, campaigns for peace, workers’ rights, justice for Aboriginal people and working-class cultural expression for over 85 years. This production situates the Hall in the context of a changing urban environment. The work was made collaboratively by artists and local Port Adelaide community partners, and presented as a major performance event through a two-week season in November 2013.

Knowing Home – No Strings Attached Theatre of Disability (NSA) – a theatre piece about the place and meaning of ‘home’ in the lives of 16 adult, disabled Aboriginal and Torres Strait Islanders (ATSI) performers. NSA produces high quality work and involves members of the community that are often forgotten by the mainstream. The production went on to win the inaugural Graham F Smith Peace Foundation Award at the 2011 Adelaide Fringe Festival.

Skip Miller’s Hit Songs – Brink Productions – a multi-narrative theatre work for African and Australian actors and musicians, drawing on the storytelling traditions of two continents. Brink Productions had been developing this project for nearly two years. Written by SA playwright Sean Riley, it tells the story of Skip Miller, an Australian photo-journalist who returns home to Australia after a career spent on the African continent. The show premiered at the 2011 Adelaide Fringe Festival. www.brinkproductions.com

Rockin’ the Boat – Vitalstatistix – a musical like no other that raises a toast to the dock-siders, seafarers, working girls, dreamers and rebels of Port Adelaide and ports around the world. An eclectic night of stories and songs – from Brecht to Guys and Dolls, Nick Cave to Kate Bush, Joni Mitchell to John Lennon – Rockin’ the Boat is a celebration and protest in true Port style!

Peace Posters – curated and published by Breakdown Press – a unique broadsheet series of 30 wonderful A2 posters exploring ideas about peace. Hopefully these posters will end up on bedroom walls, in workplaces, streets, shopfronts and schools! Artists and designers were encouraged to use writing and statistics from academics, historians, poets, scientists, activists and song writers in their poster designs. For further information visit http://www.breakdownpress.org/posters-2/the-peace-posters/

Street Theatre – by ActNow Theatre for Social Change. This emerging young people’s political theatre company, based in Adelaide aims to empower young people to use theatre as a tool for social change. Peace Trust funding supported the development of two street theatre performances.

On the Banks of the Tigris – Marsha Emerman, Fruitful Films – an inspiring documentary film that promotes peace and cultural understanding. The film celebrates the Jewish contribution to Iraqi music and the cultural bonds that link all Iraqis. When Majid Shokor escaped from Iraq he discovered a hidden history – that many of the songs he and other Iraqis sing today were written by Jews. Determined to know the truth about this beautiful music and the Jewish people who had to flee Iraq in the 1950s, he embarks on a journey to find the composers, performers and stories behind the music he loves. Marsha Emerman is a documentary filmmaker and lecturer with over 20 years experience making films on peace, human rights and social justice themes.

Second to None – Kurruru Indigenous Youth Performing Arts and Vitalstatistix – an outdoor, history-making performance and installation event including dance, installation, film and the recreation of important Kaurna ceremony. The audience took a bus journey through four significant sites celebrating the past, present and future of the Port. Kurruru, meaning ‘circle’ in Kaurna language, is Australia’s only Indigenous Youth Performing arts company. The Peace Trust funded Kurruru with a major grant to support the workshop program leading to the production Second to None, a co-production with Vitalstatistix.

The Hit! – presented by para//elo – a play about terror, directed by Netta Yaschin with text development by Christos Tsiolkas. Para//elo is a performing arts organisations telling original Australian stories in the context of cultural diversity using cross-cultural practice and methodologies.

Best We Forget – presented by boat-people.org. This satirical art project lampooned mass memory loss and aimed to elicit interest in a revived public record – an experiment in community knowledge sharing and a critical analysis of nationalism.

Songs of Peace and Reconciliation – Brunswick Women’s Choir. The Brunswick Women’s Choir commissioned composer Jennie Swan to write a work with the themes of peace, tolerance and reconciliation. The composition had its premiere performance at the Brunswick Town Hall in October 2006 in a concert entitled Songs of Peace and Reconciliation. The composition became a part of the extensive repertoire of the choir and was performed for many months in Melbourne, country Victoria and New Zealand and their for their CD Peace Cannot Be Silent Listen and purchase at http://brunswickwomenschoir.org.au/shop/peace-cannot-be-silent-cd-2007/

Hearsay – Siv Grava and John Turpie
The Hearsay Art Project enabled artists to work with refugees and asylum seekers of the Baxter Detention Centre in Port Augusta for six months, culminating in a visual arts installation. The collaborative installation offered an alternative to the hearsay about the men, women and children being held in Australia’s detention centres.

X Ray – by Chris Tugwell, dramatist, screen writer and author
This stage play highlights the plight of Australian David Hicks held in Guantanamo Bay and went on to be named the ‘sensation’ of the 2004 Adelaide Fringe Festival.

Kaurna meyunna, Kaurna yerta tampendi – Reconciliation Sculptures
The single focus for the Peace Trust for 1998 to 2002 was raising funds for the Kaurna meyunna, Kaurna yerta tampendi sculptures, dedicated to the Kaurna People. Commissioned and funded through the Peace Foundation in a valued partnership with the Adelaide Festival Centre Trust, this public artwork is associated with the Kaurna Walking Trail which provides an opportunity to discover places sacred to the Kaurna people around Karrawarri Parri (River Torrens) and the Adelaide City area.

The artwork is a gift to the Kaurna people in recognition of their traditional ownership and custodianship of the Adelaide Plains and it is an act of reconciliation. Representing some of the Kaurna meyunna story it gives insight to continuous Kaurna culture and history. It was designed by Kaurna artist Eileen Karpany, Aboriginal artist Darren Siwes and local artist Tony Rosella; with the sandstone components sculpted by Donato Rosella.

Mordy – by Paul Rees
This play dramatises experiences of Mordechai Vanunu former nuclear technician and peace activist who, citing his opposition to weapons of mass destruction, revealed details of Israel’s nuclear weapons program and was subsequently kidnapped, imprisoned and tortured.

Aboriginal Multicultural Women’s Project – presented by Buklod Kababaihong Filipina – for their drama and music performance that challenges the myths about Filipino women and highlights the dark side of abusive marriages to Australian nationals.

East Timor 1974-90 … A photographic perspective
An exhibition of photography by Jenny Groves, Elaine Briere and Mel Sylvester and posters collected by Rob Wesley-Smith.

The Peace Trust’s first grant of $1,000 was awarded to the 1991 Annual Folk Festival – Folk Federation of SA and the Australian Folk Festival for the Graham Smith Peace Concert which was incorporated into the Festival program.